On a late stormy and wet evening on Tuesday, March 4, 2014, I received a call from my friend jazz guitarist Milo Petersen that he was enroute to picking up jazz legend trumpeter Wynton Marsalis and friend John Roche up at the hotel to bring them to a jazz jam session gig at the Owl and Thistle in downtown Seattle.  I am a believer that occurrences happen for a reason.  Unexpected occurrences always presents themselves as doorways to opportunities provided one chooses to walk through the door to get there.  This was such a door.  With no hesitation I packed up my upright bass and headed into the monsoon that was Seattle that night.  Upon arrival at this Irish Pub, Milo, Wynton, and John were already seated at the bar.  After I got carded, which is kind of funny since I just turned 48 last week, I proceeded to where my associates were enjoying their libations.  With my big upright bass inside my gig bag strapped upon my shoulder I meandered between bar stools and arrived at the spot of the center of the Universe for all my intents and purposes.  I was to meet Wynton Marsalis and possibly--play with the living legend no less!  Noticeably, Wynton did not have his trumpet with him at the bar.  Upon arrival I did notice his eyes upon me and his head seemed to pop up.  I brought my acoustic bass and it towered over me like a full sized stuffed bear riding upon my back.  Wynton noticed.  The house band hosting the session had some of Seattle's finest jazz musicians in the house.  Pianist Eric Verlinde, drummer Jose Martinez, bassist Chris Symer, and a really good tenor saxophonist whom I did not know and can't recall his name but heard he had arrived in Seattle only a year or so ago.  Symer was playing his electric bass that night.  Apparently, Wynton is not a fan of electric bass in jazz music, or perhaps in general.  John informed me that he had no desire to sit in with the electric version of the bass.  So, when I appeared it was my acoustic bass that drew his attention.  He decided that he would play with the addition of the acoustic bass in the mix.  He left his seat and went out with Milo to retrieve his horn from the car.

While they were out getting the trumpet I managed to down a couple IPAs, which got me settled and relaxed.  When Wynton returned with his horn after a while, he passed me by and extended his hand out to me where I grabbed it and shook it.  I said "very nice to meet you, Mr. Marsalis."  He sat back down at his stool in the bar and sipped on his drink.  Shortly, he took his horn out and casually sauntered to the stage to let the band know his intention to sit in.  I could not hear the words but I could see some of the body language and Symer nod and utter "no problem, of course."  Symer took his electric bass off and proceeded to take out his upright bass that was still dressed in its gig bag in the corner behind the stage.  Chris is one of Seattle's great bassists and fortunately prepared as he had his upright bass.  Milo who had brought his guitar in joined the rest of the band as Wynton started to play Sweet Georgia Brown by himself.  The rest of the band followed and Wynton Marsalis started his mini concert for the lucky several that were present that night.

After a few songs later John went up to Wynton to remind him that I was in the room and wanted to bring me up.  I went to undress my bass from the gig bag and after tuning up (I just put on brand new strings that very day so it was really out) I came up the front side of the stage where Milo put a microphone close to my instrument and I joined in trading bass solos with Symer on a blues tune.  After several choruses another bassist was in the room and approached me.  I yielded to him to take over my bass.  Turns out he was Ben Williams who is a part of the Pat Metheny Group that just did a concert at the Moore Theatre.  He is a great bassist!  He soloed on several blues choruses and just tore it up.  Wow!  Another monster musician just chilling after his concert and sitting in with Wynton Marsalis no less!

I did get a chance to play a tune or two with Mr. Marsalis.  The picture above is evidence of that.  It was an unexpected night and an unexpected treat and thrill to share the stage with one of the planet's best musicians and brilliant trumpet players.

Big thanks goes to Milo Petersen who called me at almost 10pm to alert me to what turned out to be a very serendipitous evening.  Thanks to Eric, Chris, and Jose for letting me sit in and partake in this very cool experience.  Thanks to John Roche, my dear friend who is a trumpeter and an in-room dining manager at The Fairmont Olympic Hotel where I play every Friday and Saturday nights in The Georgian.  He is a New Orleans native and childhood friend of Wynton, Branford, and the Marsalis family.  John is the connection to Wynton for whom his appearance was made possible on this rainy Tuesday night at the Owl and Thistle. 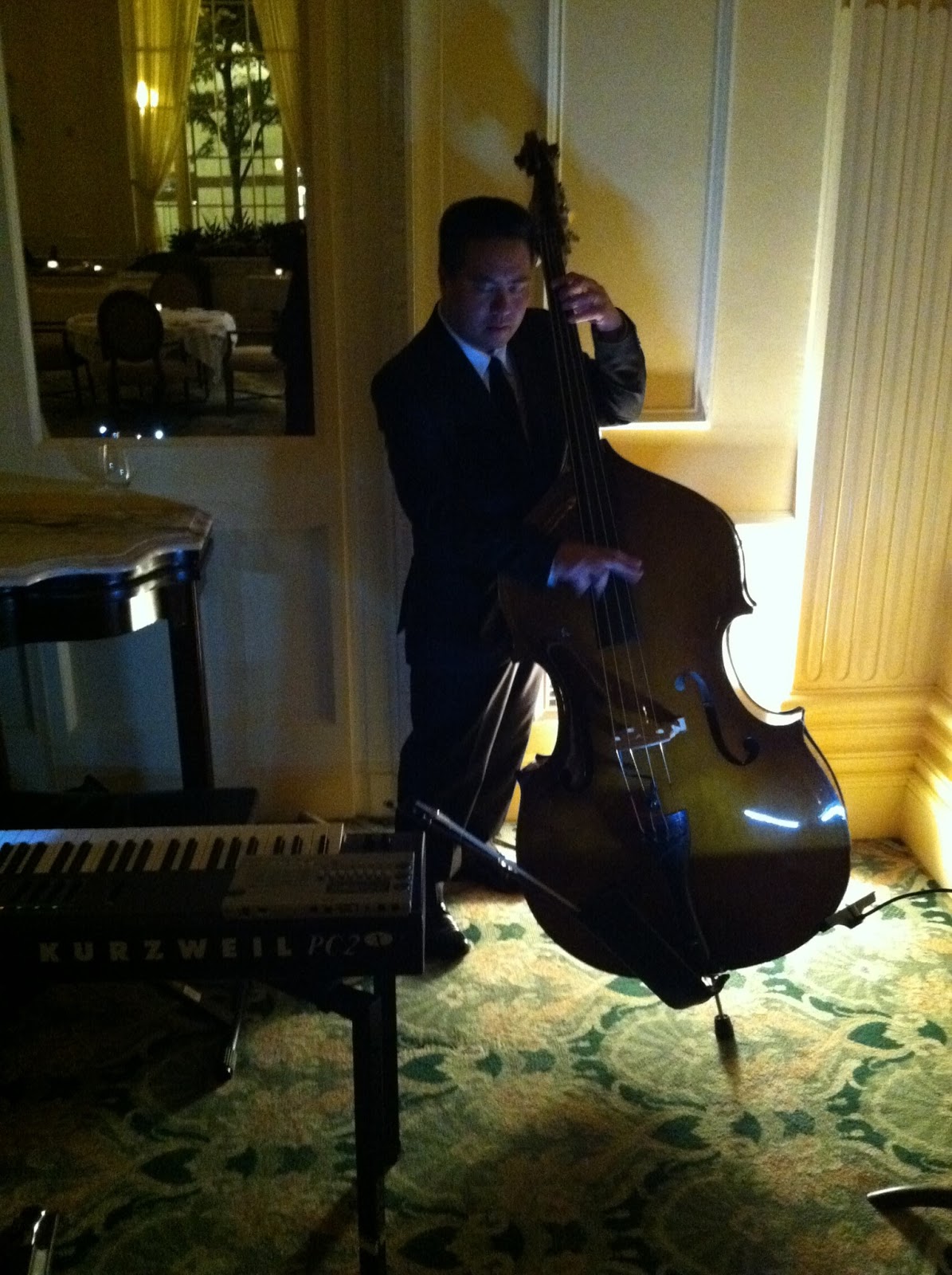 Elevate your event with live music.  We don't miss a beat!
Posted by Unknown at 12:22 PM No comments: 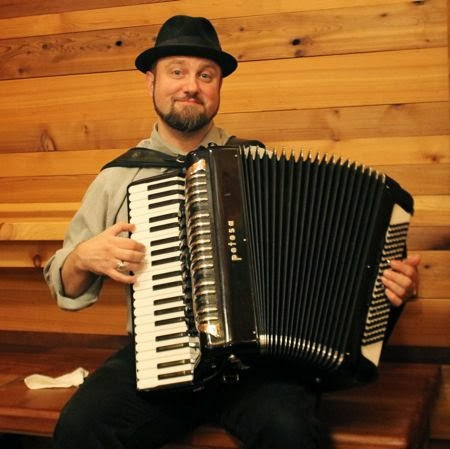